What is An SES? 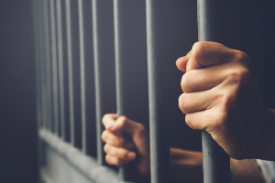 If you've been charged with a crime in St. Louis County and offered a plea deal with an SES, then you're likely wondering what that means. What does an SES entail? Does it mean you won't have a criminal record? How does it compare to an SIS? These are all questions your attorney can answer for you, but if you are not represented by counsel the following should help clear up any confusion.

What is a Suspended Execution of Sentence?

Under Missouri law, criminal cases can result in a number of different outcomes. One such outcome is an SES. What does that mean exactly? As you have figured out from this section's heading, SES stands for Suspended Execution of Sentence. This is different from an SIS, or Suspended Imposition of Sentence. And this difference is critical. Under most circumstances, both involve probation rather than jail time. But with an SES, you will have a conviction on your record.

If you have been offered an SES in order to dispose of your case, then you have been participating in plea negotiations. A plea deal is nothing more than an agreement between the Prosecutor and Defendant. It involves the Defendant waiving (or giving up) certain rights, including the right to a trial. Defendants do this to avoid the possibility of receiving the maximum punishment. Sometimes, these deals involve community service, higher fines, probation or in some cases what is called a deferred prosecution.

For most Defendants, the known terms of a negotiated plea deal are easier to accept than the unknown that comes with taking their case to trial. Rather than a deal which involves no jail time, they could be found guilty and sentenced to jail or prison.

Effects of an SES

A Suspended Execution of Sentence (SES) involves probation WITH A CONVICTION

This means that when you enter your plea of guilty, the Court will then enter a sentence, usually involving jail time. The Court will then suspend the execution of the sentence and place you on probation for a period of time. This means that rather than enforce the sentence of jail time right away, the Court puts your jail time on hold and instead allows you to serve probation instead. There are some exceptions to this, for example felony DWIs.

But be careful, if while you are on probation you are found by the Court to violate any of the terms and conditions of your probation, then the Judge has the ability to order you to begin serving your jail sentence. This is due to the fact that you have already plead guilty and been sentenced. You do not get a second chance at trial.

As a criminal defendant you have a lot to consider when deciding how you want your criminal case to proceed. You should absolutely consult with an attorney. An experienced Missouri Criminal Defense Attorney will help you by reviewing the charges against you, analyzing the State's evidence, investigating further on your behalf, and negotiating a reasonable plea deal on your behalf. Ultimately, the decision is yours as to take a deal or proceed to trial.

Not understanding the various consequences of a plea agreement can affect you later in life. This includes not being hired for future potential jobs. If you choose to accept an SES, then under most circumstances (but not all) you will have an opportunity in the future to petition the Court for an Expungement of your conviction. Absent an expungement, the SES-related conviction will remain on your record.

If you find yourself charged with a Misdemeanor or Felony in Missouri, seek a Missouri Criminal Defense Attorney to protect your interests. Contact St. Louis County attorney Anthony Bretz now to make sure you understand your options before you wind up with a conviction.

*The choice of a lawyer is an important decision and should not be based solely upon advertisements.